Saturday September 24, 2022 was my eighteenth birthday in Alcoholics Anonymous.

I knew for many years before quitting I had a problem and I would occasionally take the tests that tell you if you need to start packing for rehab but I thought the questions were so stupid.

That last question is the tricky one and because I answered no and I kept convincing myself I was okay.   I had plenty of friends who answered the same way I did and I didn’t think they were alcoholics.  I thought I knew what alcoholism looked like. You see, I come from a long line of Proud Scottish Alcoholics.  I mean the hard core kind.  My Mom and Dad are both from Thermopolis, Wyoming where the Spicer/Robertson clan (my Dad’s family) had a bit of a reputation for being “wild” and “fun”.  When I was twenty-years-old my Dad (then sober) and I drove to Wyoming for my Aunt Dorothy’s funeral. Side note.  One night when Aunt Dorothy’s husband was out late drinking she locked him out of the house.  When he crawled through the window she beat him with a cast iron skillet.  Hard core.  Anyway, at the funeral my Dad’s best friend in high school’s ( Ray Bunch, who is now dating my Mom) parents asked the then twenty-year-old me, “How many times have you been married?”  Spicer’s Rock!

I have been around AA, because of my Dad, since I was thirteen.  My Dad was a successful attorney with his own practice, President of the Chamber of Commerce and much respected in our small town all within three years of passing the bar exam. He told me it was all too much too fast and he started drinking because he couldn’t ask anyone for help. The summer I was ten we took a Winnebago back to Wyoming to visit the drunk relatives.  It didn’t occur to me until years later that our joke, “The day doesn’t start until Dad has his first beer!”- while he was driving his family- was really messed up. This is the same trip I left my beloved blankie in a motel room and didn’t realize it until we were fifty miles away. I was bereft. Without a word my Dad turned the Winnebago around and we went back to retrieve it.  Spicers Rock.

Even though I thought I was passing the AA test I knew I was an alcoholic and so I decided I should create my own test tailored just for me.

If you answer yes to one or more of these questions call me and I’ll take you to a meeting.

The truth is it has not been easy the last eighteen years but it’s way better than being drunk or hung over.  I don’t do AA the right way.  I don’t have a sponsor and I don’t sponsor anyone.  There is a lot I could do better.  But, I stay sober because my life depends on it.  The Wild Spicer Alcoholics are hysterical on TV, film or in literature but not in real life.   We tell the funny stories about Aunt Dorothy and the frying pan but we leave out the ones about my Grandfather and Great-Grandfather both finding their escape from alcoholism by shooting themselves in the head.  I watched my sister die in the ICU three years ago. It was horrible.  It was ugly and painful. She couldn’t stop drinking and alcohol killed her when she was fifty-six-years old. I told you. My life depends on it.

In case you haven’t noticed I am not nor never have been “anonymous”.  I want people to know who I really am.  I am proud to be a sober alcoholic and I have never embarrassed easily anyway. Spicers Rock!

I am so grateful. I am so happy to be here and be able to live my life for the last eighteen years in sobriety.  Actually, eighteen years, 13 days and 12 hours.  But hey, who is counting? 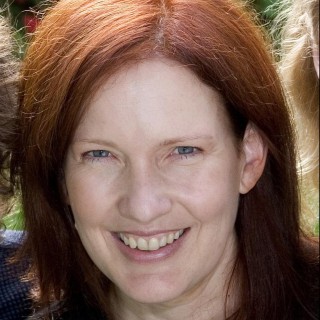